This morning, when the children walked through the classroom door, the children discovered some footprints but who did they belong to?

We had lots of ideas as to who we thought the footprints belonged to. Some of these ideas were, a sand monster, a troll, a baby giant, the big bad wolf and many more.

We put our coats on and went into the playground to investigate further. Outside, we noticed that lots of things in the playground had scratches on or had been knocked over so some of the children felt that maybe it was a nasty creature. We noticed that the gate to the forest was open slightly so we thought that maybe the creature could have been hiding in the forest. Next, we went to the gate to see if could see the creature but it had vanished.

This week we will find out as to who or what left behind the footprints in our school. 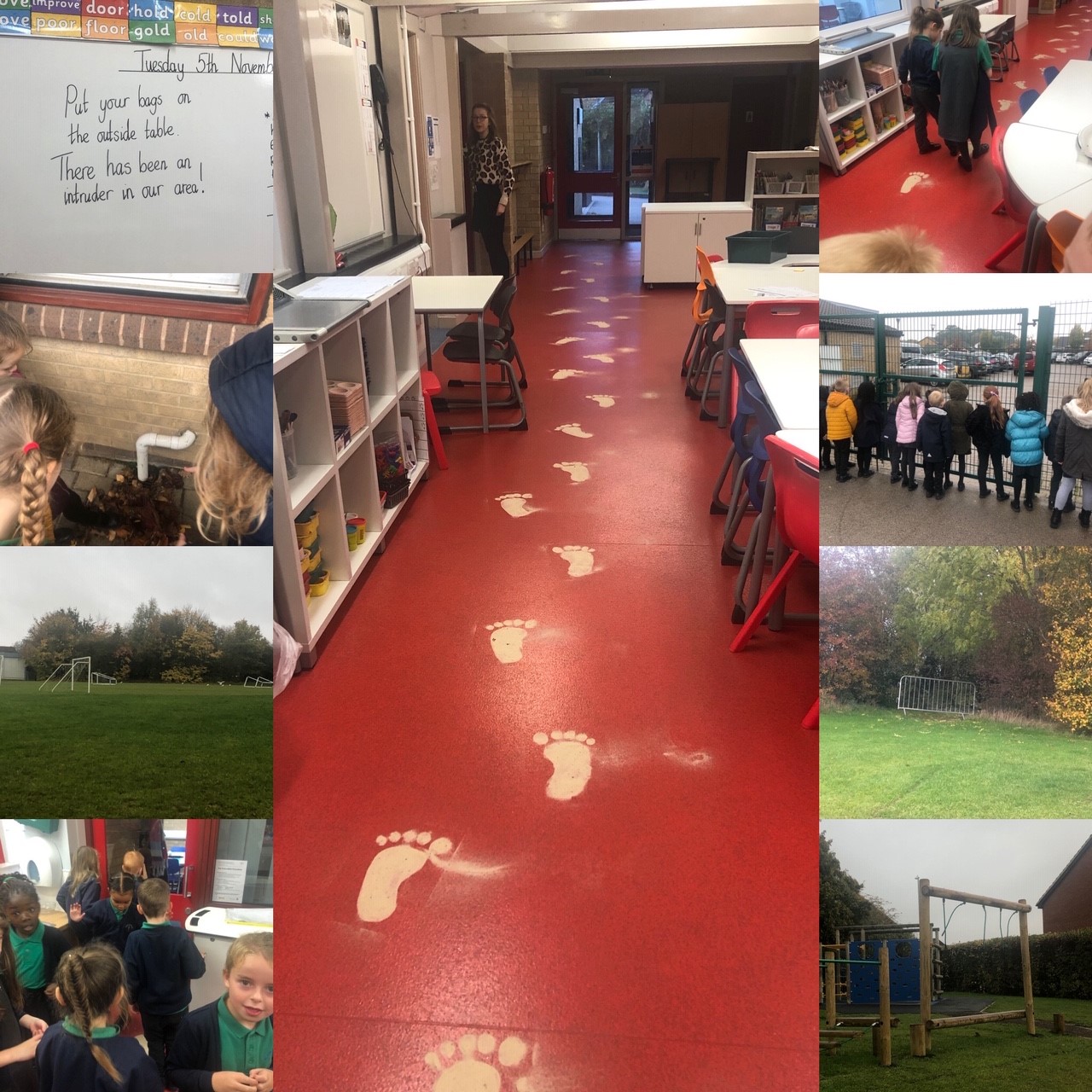