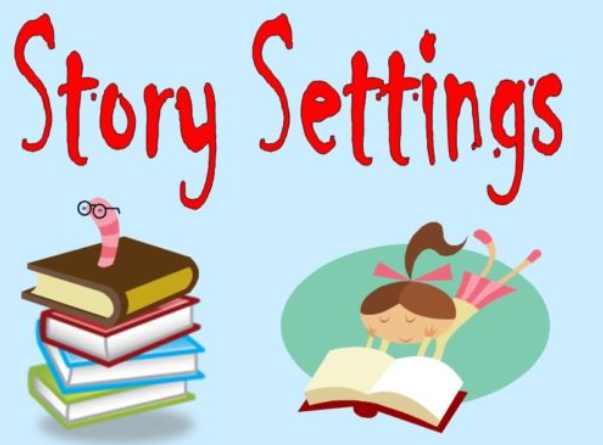 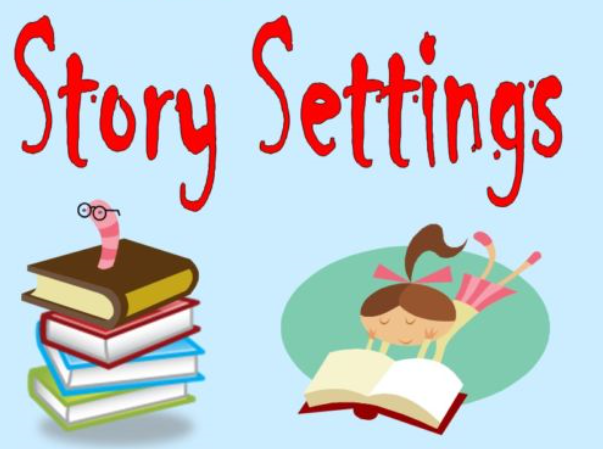 Enjoy reading some of year 5’s writing to describe a setting. We think you’ll agree that the reader definitely gets a clear image and we want to read on!

The wheat swayed in the country breeze making those who pass by mesmerised by its simple beauty of nature. The sun shimmered like a ruby into a window of a bleak room making the dull red coat of paint become a vibrant scarlet, looking like a fire in the night. The famers inhaled the crisp country air knowing, this is the place to be. The cows grazed, the song birds tweeted a sweet lullaby to passers-by and deer sprang alive in the forest, prancing to the beat of their own footsteps. Rabbits sniffed and read the air as if to communicate in their own sign language. The trees roots spread deeply into the ground, each root hiding a secret story of a different past. This place was the epitome of mother nature. By Tate

The trees waved their crooked branches as the little girl sped past, her golden locks blowing behind her. The look of the oak tree made her stop suddenly as it was chained up. She walked around the tree and noticed the big heavy metal chain went all around the base of the tree. She could not understand why such a beautiful tree was tangled up. Suddenly she noticed a tiny door at the bottom of the tree, she decided to open the door as thought this could answer all her questions. As she opened the door it creaked, she crouched down and crawled into the darkness….  By Maddie

The bright sunbeams shimmer down onto the great Silverstone circuit whilst the sparkling blades of grass slowly sway in the gentle breeze. The excited voices of people chattering is just heard in the distance. Its lights out and away they go the race has begun

The bikes are roaring, the crowd is going wild and the noise at the Silverstone circuit is out of control. Motorbikes are quickly whizzing in a blur past the overexcited crowd, in a grey and green scene. Petrol fumes mixed with the smell of hot dogs are floating constantly through the air. Only a blur of colour is to be seen as the motor bikes rapidly race past.

The excitement and worry raises as the drivers zoom past the corners and their knees are only about two inches from the floor. It is so tense when the drivers go wheel to wheel, ready to overtake their opponent and make up more places. By Jack

Being off school can only mean one thing,

I get to spend time in the room I can be king.

My own little world with the door closed, floating through space no house attached.

It’s warm and cool at the same time, chilled relaxed atmosphere with a mad gaming section at its core.

My lovely bed is as soft as a flying cloud to send me off to my sweetest dreams.

Lots of books fill my drawers patiently waiting for the Xbox to be paused. My favourite car overhangs my head, whilst I’m tucked up tight in my bed. By Charlie

Trees swaying side to side. In front of four trees there was a special tree swaying like it was trying to say something. The branches was darker than mud and the bright green blades of grass stood tall like soldiers on a battle field. The trunk of the tree was leaning down as if it was going to pick up someone special. But the people that saw the tree ran away as fast as a cheater because the tree had an image of the deadliest shark and they thought it was going to attack them. By Chiara

The clock chimed midnight. Inside the haunted house, it was eerily quiet but occasionally you could hear a creak of a door. The putrid smell stung anyone who dared to enter. Black bats flapped, crimson blood dripped down the stairs and slime oozed down cracked walls. A finger ( that was from a vampire) scraped the dust off the floor with its yellow crooked nails .Across the ceiling , was an abundance of cobwebs where spiders caught flies .The moonlight peeked through the shattered window. Some days, if you listen carefully, you could hear ware wolves howling at the full moon. By Emily

Under a waterfall, spring had sprung. There was an amazing sight of bunnies and flowers of all shapes and sizes. The trees had blossom blooming out and this special scenery only happens a couple times every year. A buzzing bee busily went to a fantastic flower whilst an elegant swan floated with their feathers being blown about in the breeze. The peaceful pond had its waters rippling. Also, the green grass and the yellow dandelions added to make the experience more bright and exciting . By Florrie

The grass was as green as a summers leaf and the trees were as tall as a giraffe. The branches of the towering trees wrestled each other, as if in a wrestling match, as the brown bark squirmed in the harsh wind. The wretched ivy gripped to the tree as if it was hanging on for life! The girl ducked and crawled in agony as her knees began to give way beneath her. Her grazes stung with pain as she glanced up to see a shimmering lake with water as clear as diamonds and flowers as bright as the beaming sun. Her soul danced with happiness inside her and she jumped and vaulted towards the lake. Suddenly, she was held back by a sweaty hand that yanked her to the floor, knocking her out like a light bulb being switched off!  By Grace

In the dark, spooky forest, there was an owl in a tree, a little girl ,with a bright red coat, was running fast and looking very frightened. Fear settled on her like an icy fog. A white, carved stone was set up behind the tree. Could this be a trap? Thought the girl in horror. A tall stick was holding a tree branch and balancing it with all its might. The tree was carved as a wolf – maybe to scare the hopeless girl into tears.

A wild boar had been carefully carved into the tree and a fox in a waistcoat and trousers was looking thoughtfully. As night time set on the unilluminated, dusky forest, all was quiet and the wind gently blew through the majestical trees but a house was remaining in the distance… By Harry

The rocky moor howled in the night as terrified children screamed in the moonlight house. The trees waved. Lightning struck. The thunder rumbled like a lion roaring. Shadows moved in silence as the mist, which came on little cat feet, covered they’re gnarled body. Creatures that you would never have imagined came at this fateful hour then they would strike. By Lily

Gloomy nights conveyed the looks of the deep green, sorrow of the majestic, leafless trees. A girl with a bright red dress, was walking down the sulky forest. She seemed happy until something happened.

Suddenly, a part of a tree came to life, It had big round white eyes, a tree horn with lots of wrinkles in it and big squared feet. By Louie

Far beneath Bruce Wayne’s multi-billionaire mansion sits Batman’s (the dark night) head- quarters known as the Bat Cave . In the darkness, lots of Batman suits and batarrangs are displayed in reflective glass cases, ready to amour up at a seconds notice and instantly start to fight crime .Multiple high tech computers, glow green and track enemies, who commit crimes, using satellite imagery. Alongside these screens and amour is a lift shaft with blue neon nights, white bright light beams, and shining steel walls .The bat logo sits at the top, a black bat symbol on a steel oval base. The Batcave is hidden within underground rock, sharp and pointed, hard and cold rock below a grand mansion. The entrance is disguised by a ferocious and thundering waterfall. Batman’s hideout is illuminated by bright lights of blue, green and yellow while the rest is in darkness. Batman keeps colonies of bats in the cave, it is dark, damp and gloomy which is perfect for bats. By Sam

It was dark and gloomy in the peaceful wood. Trees stood silently with their branches leaning over the land and forming dark twisty shadows upon the grassy ground. A young girl was rapidly running, not looking back, as if she was being chased. She was wearing a red knitted jacket, her skin was as white as snow and she was wearing shiny, little black shoes with her hair blowing backwards wildly as she dashed through the misty dark forest. By Sophia

The desert is a harsh environment(any type of desert).When walking in a desert the copper, brown sand can slow you down as well as a sandstorm which can damage your eyes a bit if you don’t have any goggles on. Poisonous snakes and potent scorpions can jump at you out of no were, quick sand could sink you to your death, green, thorny cactuses that if you get poked by will hurt you severely and you might even get sunburn. By Thomas

The horrifying wood had old, crooked, oak wood trees. If you ever creeped into the wood you’d hear the crows wings fly and get shivers down your spine. The dingy wood’s trees change formation and create your worst fears. They’ll change formation until you scream, scream and run away. By Mischa