Year 1 have now learnt their new story ‘The Curious Garden’. The children began by putting actions to the story before mapping it with a friend to learn it all off by heart. We looked at some new words we had not come across before such as pruned, blossomed, railway and miserable.

Here is our story map for you to show your family at home. Can you tell a friend the whole story using actions? 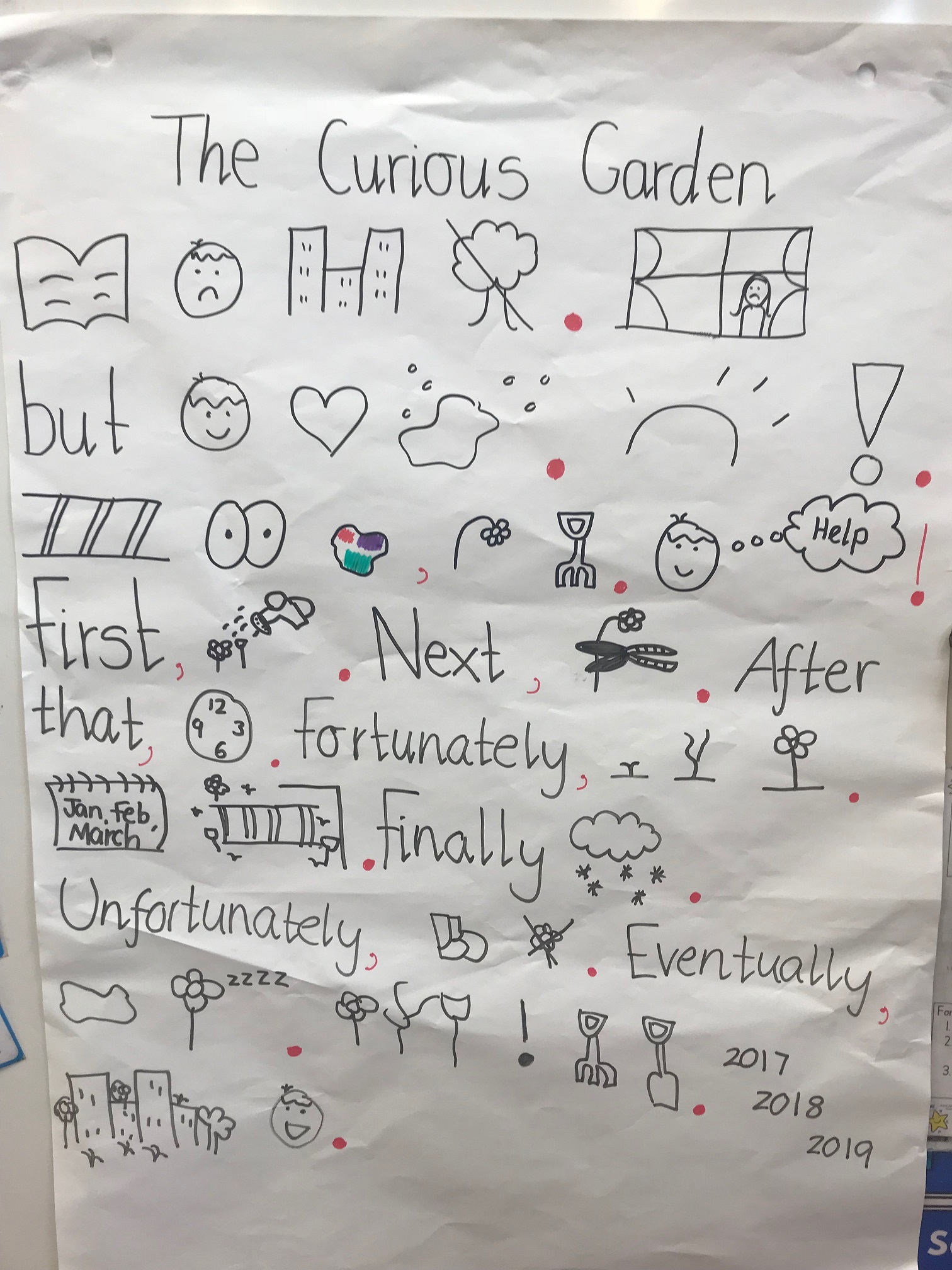 Once upon a time there lived a boy called Liam in a miserable city with no gardens or trees. Most people spent their time indoors but Liam loved being outside splashing in puddles. One sunny morning, Liam made a surprising discovery. On the old dreary railway he saw a lonely patch of colour, it was a dying plant that needed a gardener. Liam decided to help! First, he watered the plants. Next, he pruned them. After that, he waited. Fortunately, the plants began to grow. Over the next few months, Liam and the curious garden explored every corner of the railway. Finally, winter came and covered the garden in thick snow. Unfortunately, Liam could not visit the plants. Eventually, the snow began to melt and the plants awoke from their winter sleep. The plants popped up all over the place but the most surprising thing that popped up was the new gardeners. Many years later, the entire city had blossomed and Liam and the city were happy.