This week, to consolidate our first lesson on Canals and local waterways we completed an experiment to help us to understand the difference between a canal and a river.

A canal is man made and was used in the past to transport goods from one place to another.

A river is a natural stream of water that runs in a channel to the sea, a lake or another river. 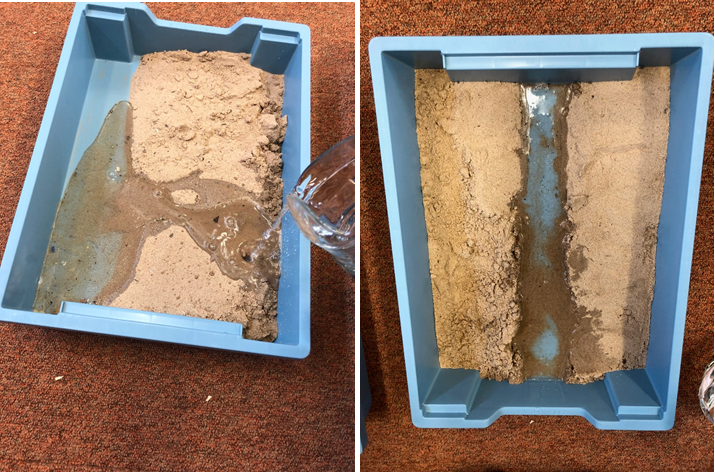 Using two trays and sand inside, we showed the difference between the two. As you can see in the pictures, the canal was man-made and the water stayed in the channel we created, whereas in the river tray, when we poured the water in it flowed freely down to the side creating its own stream. We then continued to learn about canals and found out when the first canal was created. We now know that in the past, narrowboats were pulled down the canals by horses who walked alongside them on the towpath.

Over the next few weeks we are going to be continuing our work on canals and waterways and finding out what life was like for those who lived and worked on the canals in the past. We are also really looking forward to our trip to Stoke Bruerne and seeing a real, working canal!

Can you find out anything about canals in the past over the weekend?