We had a fantastic morning meeting this morning and I really enjoyed sharing some fabulous work from this week, especially your shared writing yesterday of a non-chronological report about a different type of Unicorn. I have attached some of the examples that I shared in our powerpoint this morning. At the bottom of the page, I have copied the slides that didn’t manage to sync onto my PowerPoint this morning!

We were lucky enough to have Mrs Rosevear in our meeting this morning and she shared the fantastic news that Star of the Week assembly will be back next week! So next week, we are going to be working our hardest to be Star of the Week.

Well done Year 3 for a great week, we are so proud of you! 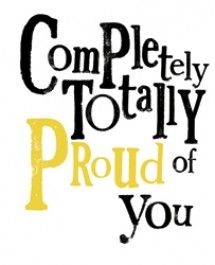 Introduction: The midnight unicorn has only been seen once in entire existences.  Intrestingly, the Midnight Unicorn is nocturnal and will gallop elegantly under the light of a full moon

Appearance:  This mythical creature has a coat like the galaxy skies, a mane like soft moonlight and a horn that glittens with tiny, twinkling stars.  Some would say that the Midnight Unicorn is the most beautiful of different types of unicorns.

Habitat  Generally, the unicorns live in dark caves that are covered with paintings of moons, galaxies and constalations.  They will only leave their caves when the skies are clear, the moon is at it’s highest point and the silver stars shine brightest.

Special Power/Feature  Surprisingly the Midnight unicorn has magical powers.  It can grant wishes if they think the person is good but can also send them to the moon if they are bad!

Interesting fact  Hunters are always trying to hunt her down because the star on her horn are the most magical of all.  When it has to be brave and defend itself, the stars on her coat glow fiercely as a warning to never hunt it again.