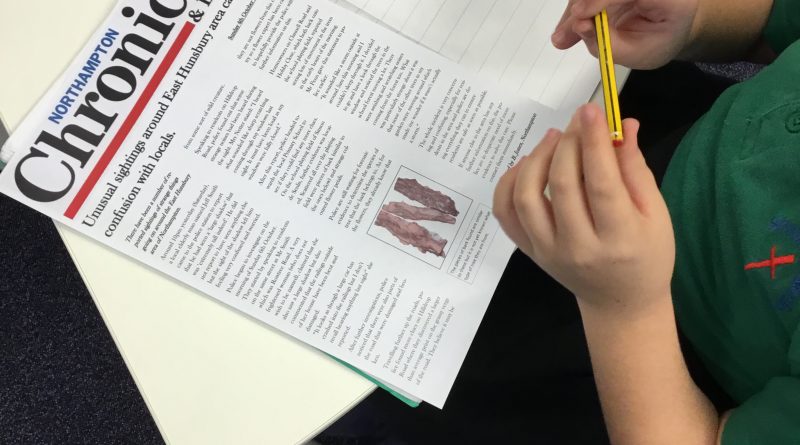 This morning, we have been reading an newspaper article from over the weekend. The report details that there have been some unusual sightings in East Hunsbury over the past few days. Mysteriously, one local resident claimed they had seen a ‘large shadow’ that was ‘extremely tall indeed’. Another resident said that they too had seen a large shadow, and noticed that the railings near their house had been bent. On the school field, bark and colourful flowers were found among the forest school area.  We read the text and discussed the evidence that police have gathered so far during their investigation, and have determined that we think that some kind of giant is behind all of this. Remember to keep your eyes peeled for any more unusual sightings! Remember not to panic as we think these giants are harmless! 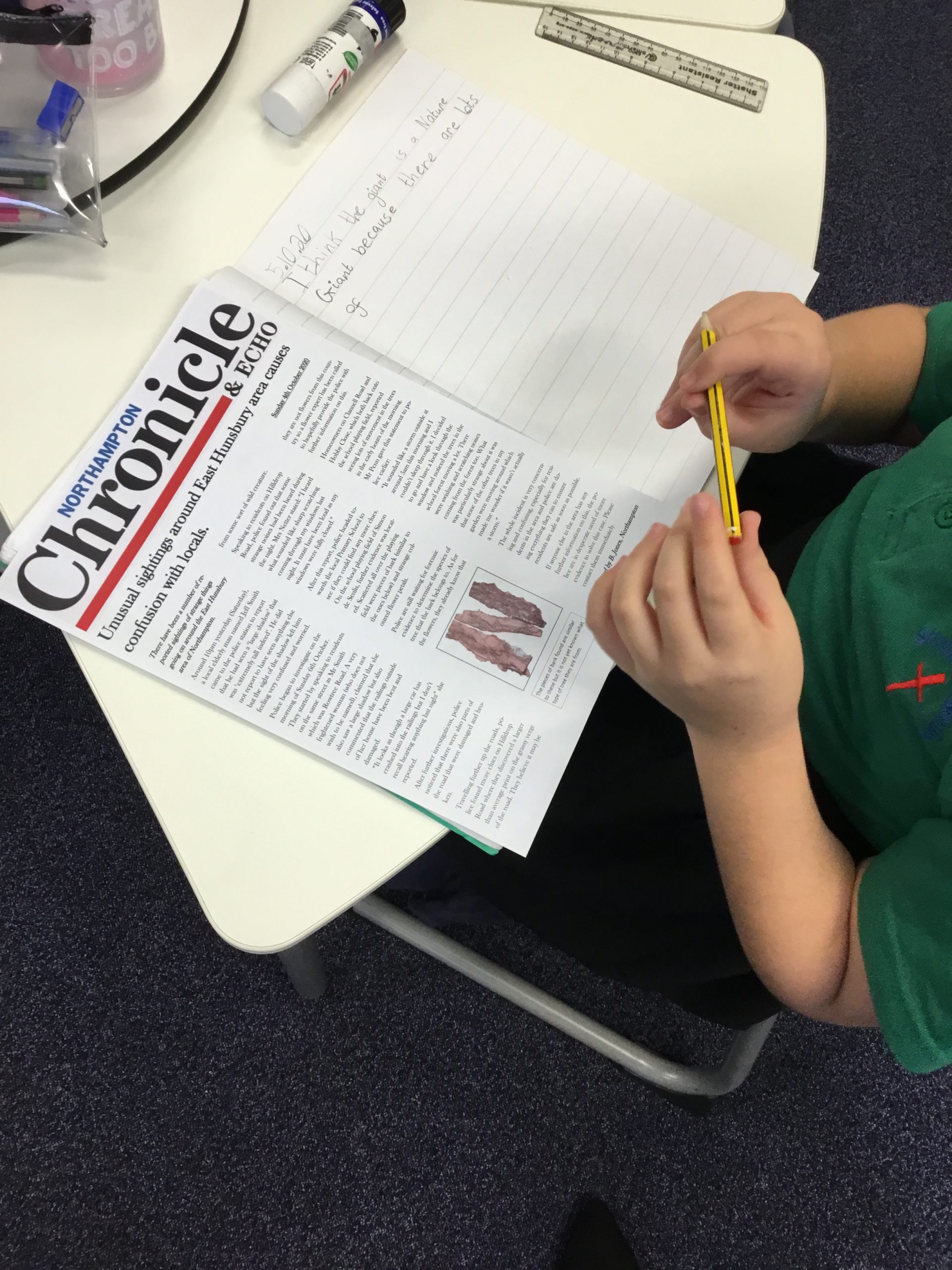