This week, Year 4 have started their new Talk for Writing unit called Zelda Claw and the Rain Cat. We experienced what it would be like in the setting and discussed how suspense can be created using certain language and sentence structures. So far we have learnt paragraphs 1-4 of the story and we will be learning the final paragraph next week.

Here is the story for you to practice at home and the story map pictures are below:

All night, thunder growled overhead. Zelda crouched in the darkness, staring. Wind lashed the glistening tarmac and the street lights flickered; Zelda shivered. Where could she escape from in the rain?

At that moment, Zelda heard something crawling along the pavement, hidden by shadows. Silently, a vague shape slipped into a doorway. A green eye flickered. Zelda’s fur prickled as she watched. What was it?

Without thinking, Zelda dashed under a lorry and crouched as still as a stone. Silently, the shadow of an enormous cat paced through the darkness, slinking along the rain washed pavements. Zelda shivered.

Slowly, the great rain-cat drew closer and closer. Zelda could hear its claws scratching on the tarmac and see its green eyes glittering. Had it seen her? 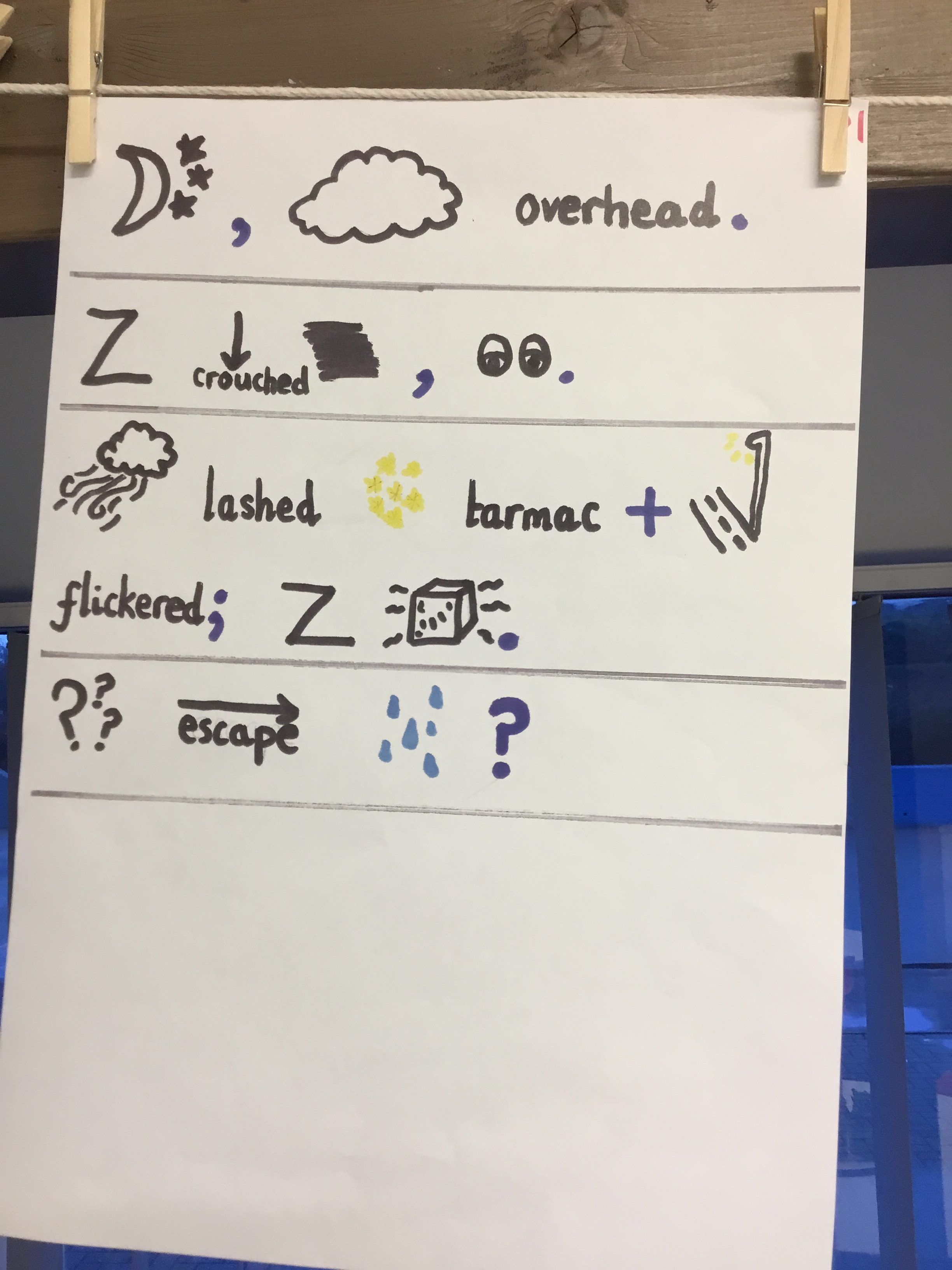 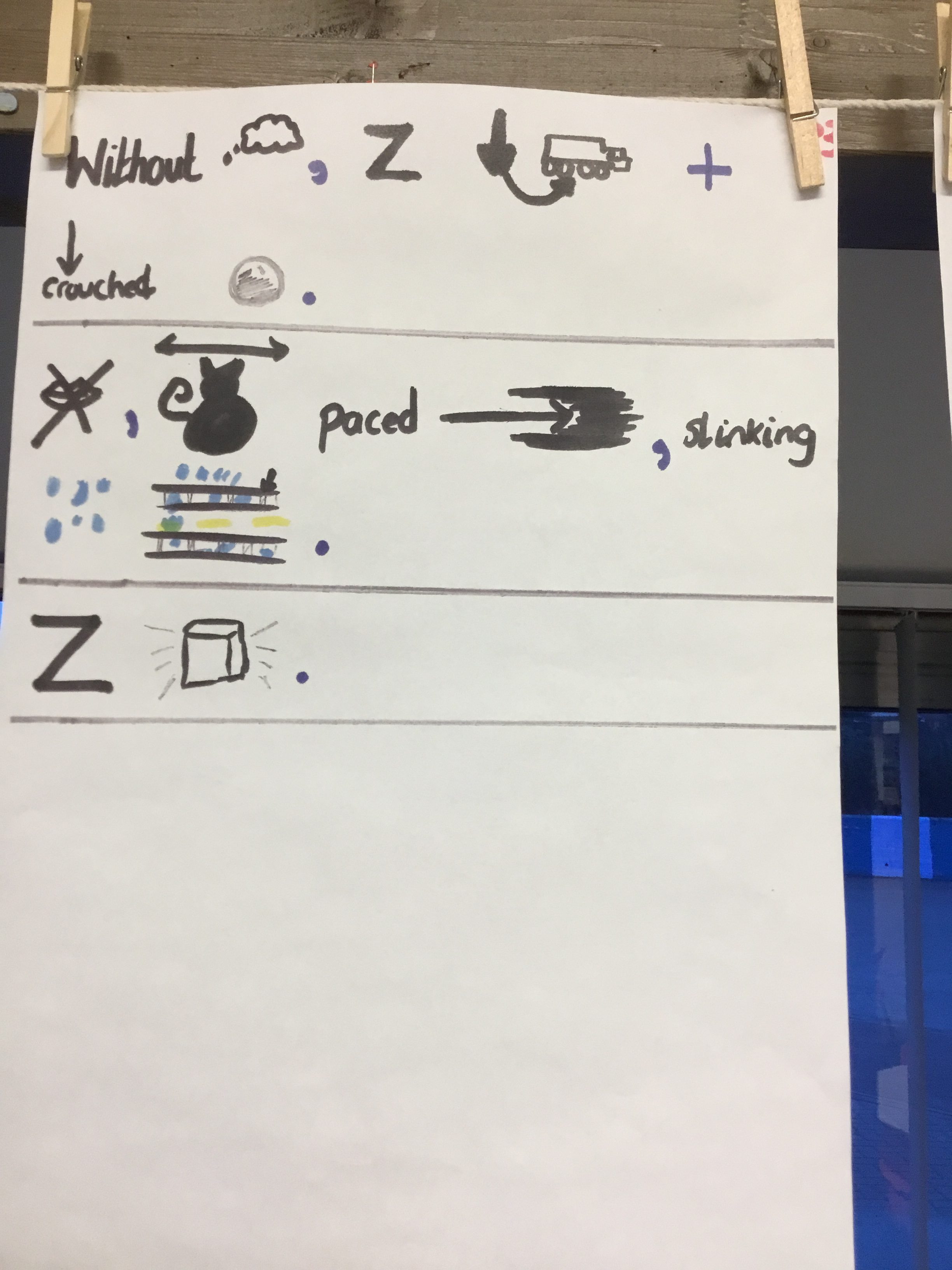 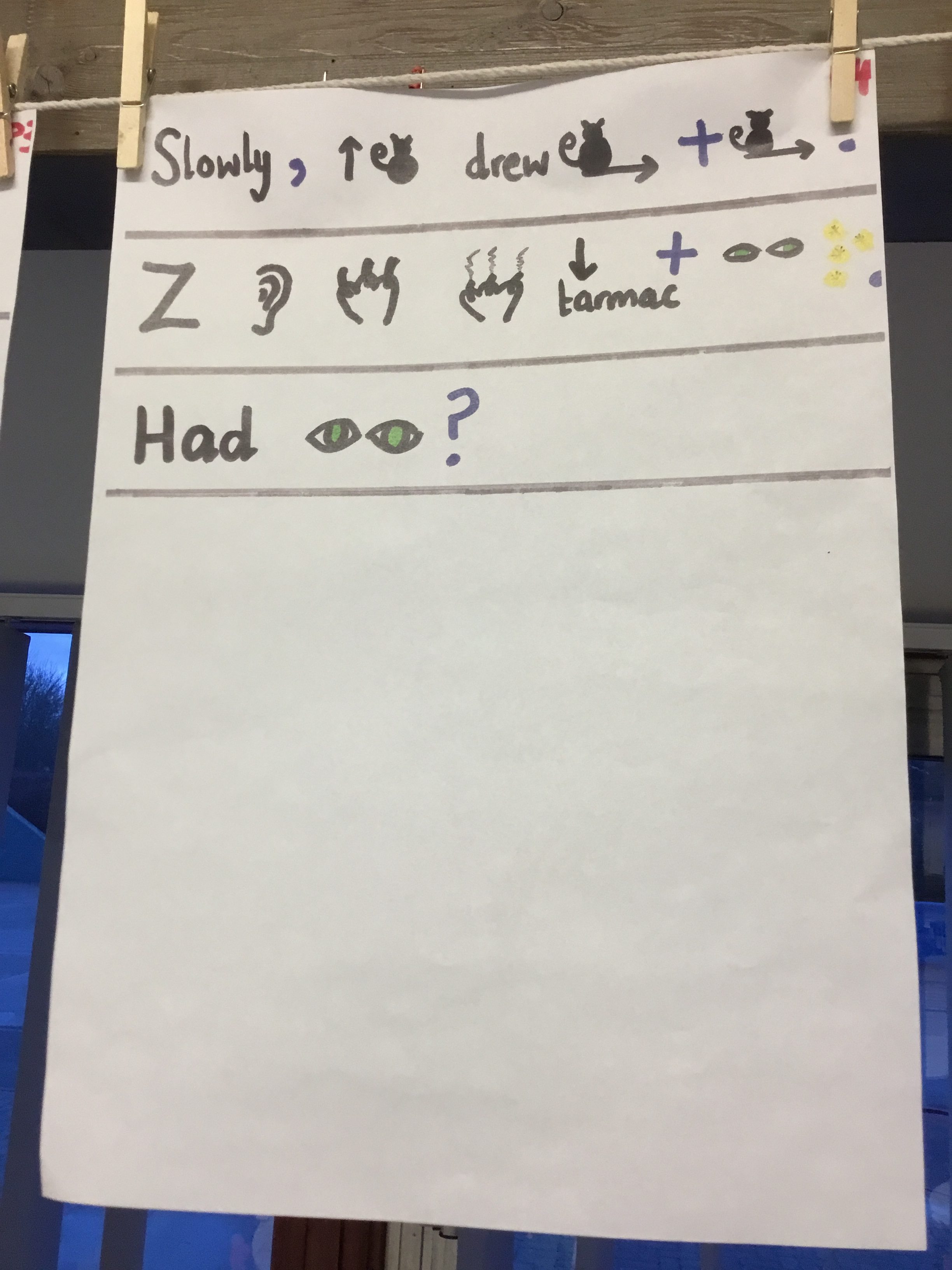